dhtmlxScheduler 4.3.25: Maintenance Fix is Out [PRO]

For quite a long time we haven’t officially released any updates of our JavaScript Scheduler though the work on its improvement wasn’t stopped. So, now we’d like to announce a release of more stable version of dhtmlxScheduler, the version 4.3.25. 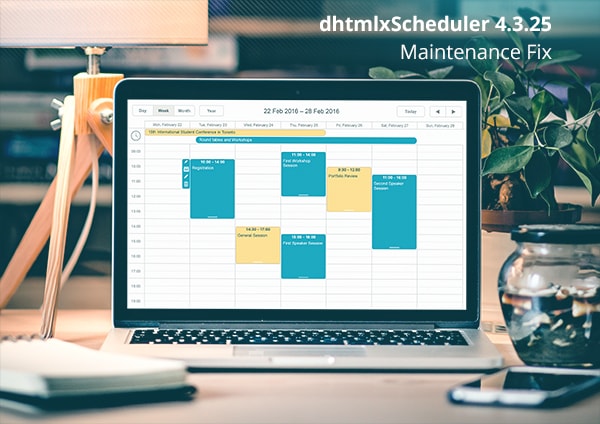 Need to say, this update won’t bring any new functionality, but provide seamless performance and be free from small issues and bugs that appeared in 4.3.1. Based on our updated license policy, this update is available for PRO users only. Users of Standard Edition will be able to get these fixes in future minor or major update.

Advance your web development with DHTMLX